If you read the book, "Good to Great", by Jim Collins, you heard of his "Bus". He used bus as an analogy to a team. If you get out of that bus before it arrives its destination, you are resigning or giving up.

The basic meaning of 밥도둑 is "rice thief". However, like 하차, it's hard to find the sentence with that usage. This means the really delicious dish that makes you eat rice amazingly fast. In other words, because of this dish, you ate your bowl of rice without noticing it.

Usually, 간장게장 is famous for this nickname. However, it can be used for any delicious food.

어김없이 means without fail, surely, certainly. It came from the verb, 어기다, to break a promise or rule.

So, when you don't break a promise, it happens. That's why it got that meaning.

In the middle of the show, 지효 team went out for side dishes and they ate a lot of 김치s. In the illustration below, you can find various 김치s. How many of them did you know? 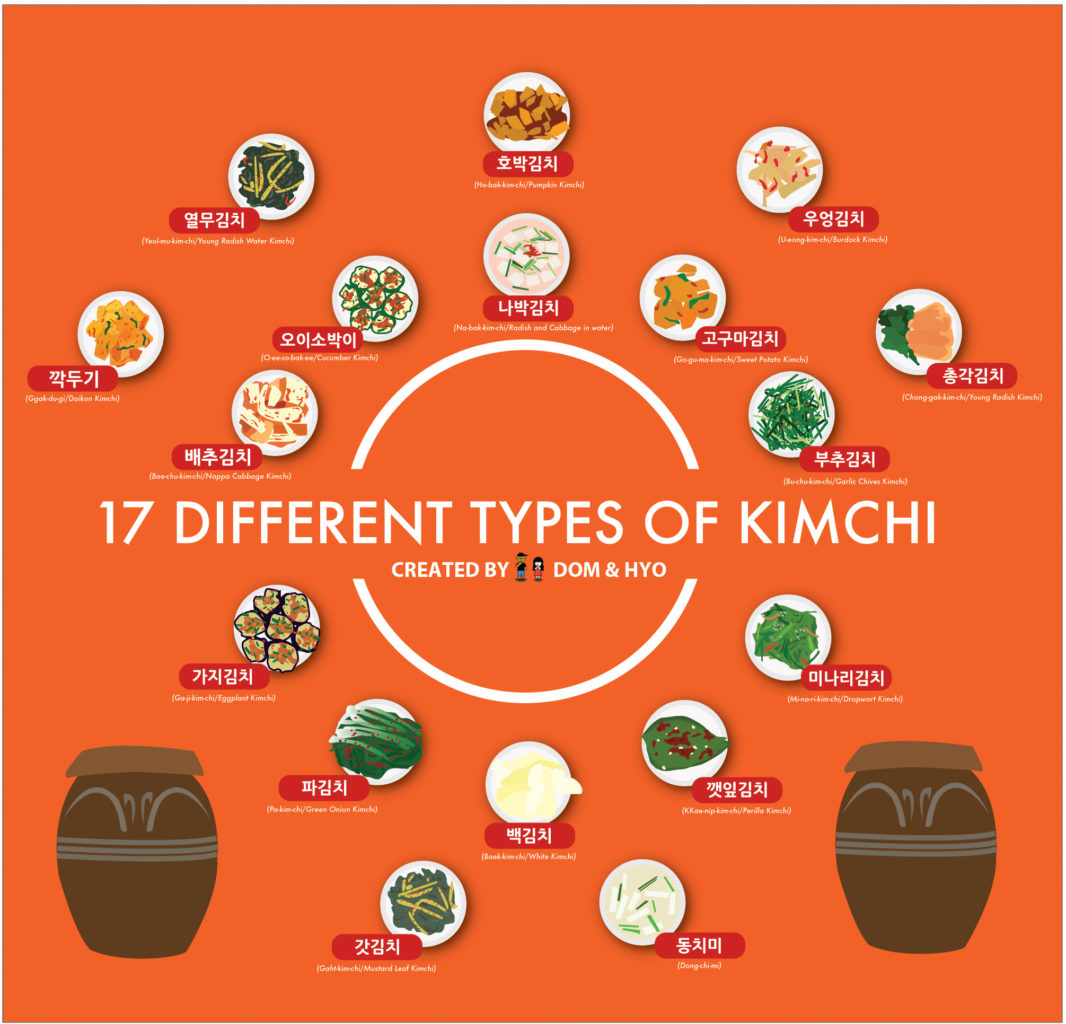 Do you want to get free updates? Join here!
Next: 3 Words in Running Man 327(Bromance War) Read Next